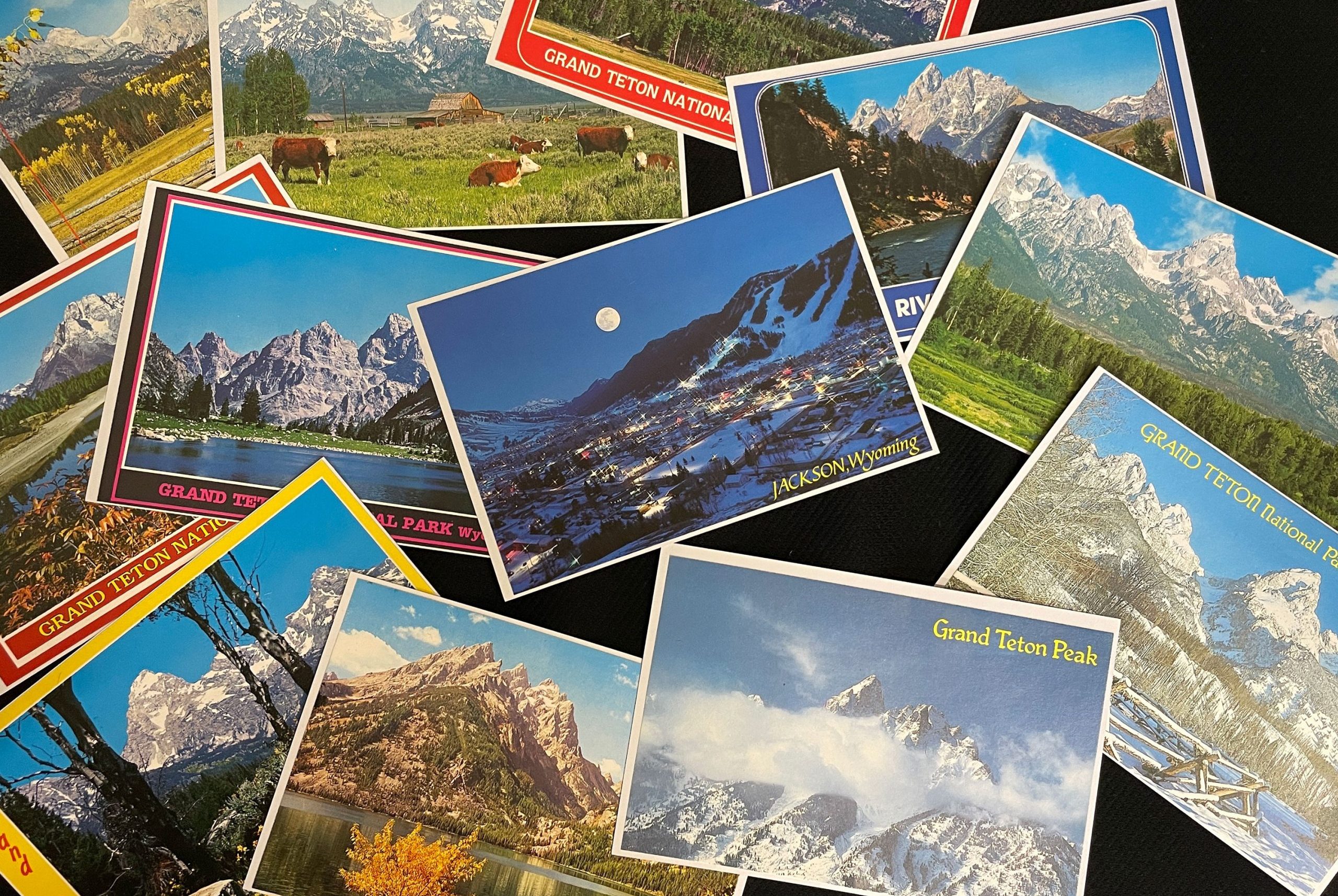 I participate in a Reddit card exchange group called r/RandomActsofCards, in which people all over the world try to put a little more happiness into other people’s lives, one mailed item at a time.

On Nov. 7, 2021, I posted an offer for a set of 12 “upcycled” postcards from Grand Teton National Park in Wyoming, which I had made by tearing apart a 1991 pocket calendar to salvage the lovely photos from it. The requirement was that, to receive a card, those interested needed to pick a letter from G R A N(1) D T(1) E T(2) O N(2) W Y, and must also tell me a smaller-than-a-breadbox item starting with the same letter.

My job, unknown to them, was then to incorporate the photo on their card, as well as their word, and any previous or later cards’ stories, AND to do so in a way that I could then share the full story with everyone who took part.

And that’s where this post comes in. I give you “Good times at Grand Teton: A penguin postcarding adventure,” complete with card photos, stories, secret words and special penguin easter eggs in this online version, for my cardfriends. :)

Once upon a time, five stuffed-animal penguins decided to visit Grand Teton National Park in Wyoming. 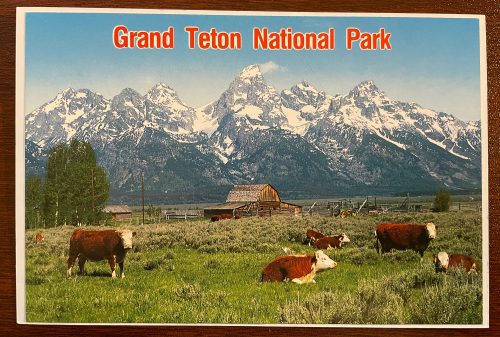 Two of the team members, Punk (slightly smaller than Link, but also pink) and Noel (same size as Punk, but gray), carried backpacks, and the fifth, Plaid, had a fine hat covered by a frying pan worn as a hat, “just in case.”

As they walked, one of the many nearby cows stopped the (purple) Pink Pengin and said, “Hey, you look grape!”

Pink misheard it as “You look great,” and grinned like her beak was going to break! 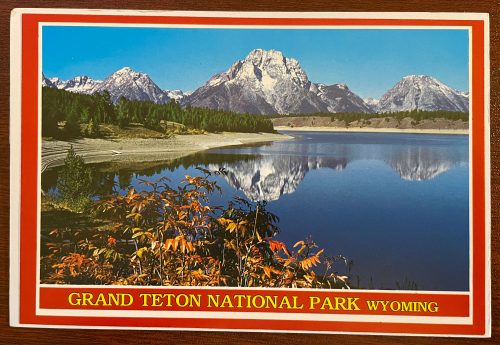 “What was that?!” Punk exclaimed.

“Oh, just my stomach growling,” Link answered calmly. “For whatever reason, I’m suddenly very hungry and all I can think about are grapes!”

No one had any idea what might have made her think of that, but suddenly, Plaid lifted his frying pan hat, then his plaid hat, and he pulled out a snack-sized box of raisins, which he proudly handed to Link.

“Why did you have raisins under your hat?” asked absolutely nobody, because they all knew how hungry Link Pengin could get.

She was able to reinflate her “grapes” in the lake and they hiked on. 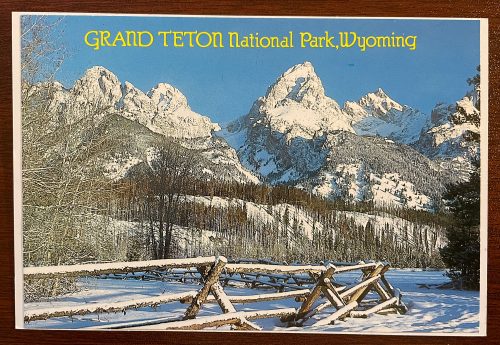 Pink, Link, Punk, Noel and Plaid – a fine group of penguin explorers if ever there was one – were nearing the base of Grand Teton Peak when they noticed what seemed like an awful lot of snow on the ground around them.

There was also a funny noise.

Punk Pengin followed the sound until she came to a large machine run by an even larger furry monster. “I’m Button,” she said. “And this mess is to try to find me a mate! Yetis really are social, but it’s hard living all the way out here in Wyoming. All the hotties are up in Alaska, where it’s snowier, so I figured I’d give this a try.”

She narrowed her eyes. “Say, you all aren’t ants, right? Last time I put out white powder, I got ants instead of another Yeti!”

The five penguin explorers, having wished their new Yeti friend the best of luck in their endeavors, continued up Grant Teton Peak. 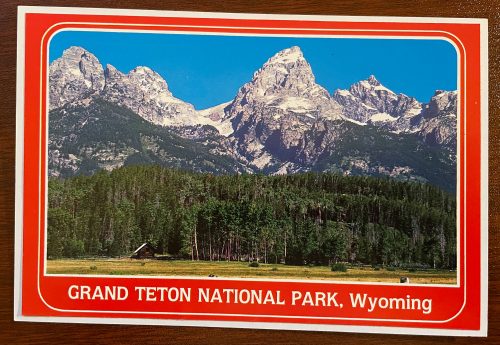 Along their way, they came to a small cabin tucked into the forest, and since it had been all of a few hours since they had been hugged, they thought they’d see if anyone was at home.

Pink Pengin knocked bravely at the door, with Link Pengin by her side and Punk, Noel and Plaid tucked away behind them.

A very nice elephant opened the door. “Hi! I’m Marzipan! Ahh-CHOO!” he sneezed. “Ugh, my nose is so sore from this cold!”

Plaid got excited. He pulled a box of Benadryl and some tissues from under his hat and handed them over.

“Why, thank you!!!” Marzipan exclaimed, hugging them all. 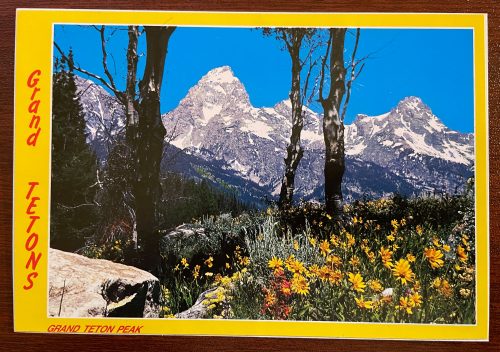 Just before the steepest part of their mountain climb, Link, Pink, Punk, Noel and Plaid Pengin found a lovely shaded area with a lot of natural vegetation.

Since the snow machine could not reach, it was green and flowered and pretty instead of cold!

But then she looked up and saw a very large creature bending over a patch of daffodils.

“Or we could, you know, get going,” Plaid exclaimed, running off so fast that his lucky yo-yo fell out from under his hat. 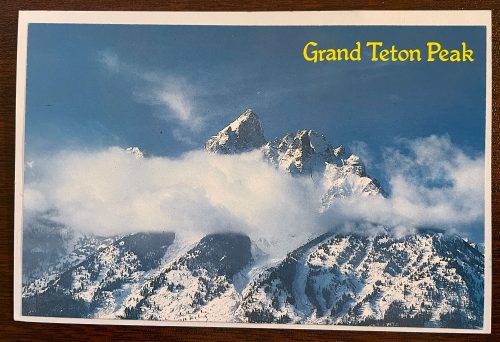 As the five-penguin climbing team neared the top of Grand Teton Peak, Link Pengin, their leader in name if not actual skill, lifted a pink flipper to her beak, signaling for quiet.

She then, very ceremoniously, opened a small tin of sardines and handed one to each of her friends – Pink, Noel, Punk, and Plaid.

“Pengins eat fishes!” they all cheered. 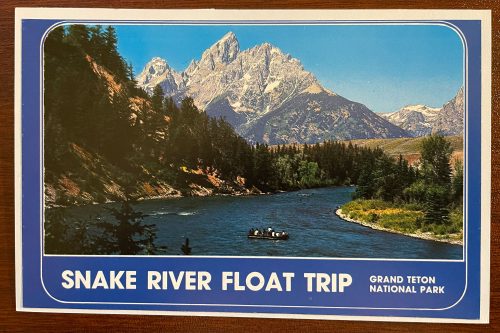 After successfully climbing a mountain and having a small snackle (Pengin-ese for “mid-sized meal”), the five-penguin adventurer guild thought a nice, relaxing float down the Snake River was in order.

It was going great until Punk Pengin heard a loud hiss and their raft started taking on water.

A closer inspection showed a hole made by an earring.

“I TOLD you that getting an ear piercing is a bad idea when you HAVE NO EARS,” Pink Pengin harrumphed. 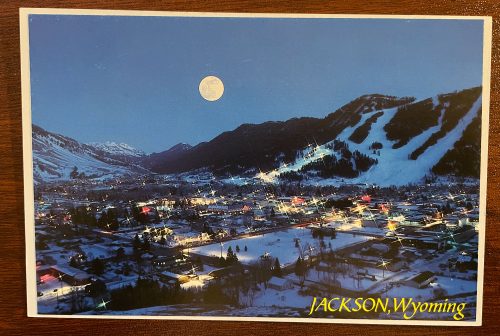 After a narrowly averted river crisis, 5 trusty penguin adventurers – Pink, Link, Punk, Noel and Plaid – ventured via shuttle bus toward town for a quick look around.

The town was all lit up at night, and Noel Pengin was fascinated at how sparkly it looked.

She went into a nearby shop to see if she could find a way to sparkle, too, but unfortunately, having no legs meant she had no pants and thus no pockets and thus no wallet and no money, but the kind shop owner gifted her a tiny tealight candle!

As they left the shops of Jackson behind to return to the park, Pink Pengin was keeping a close eye on Noel Pengin’s tealight. 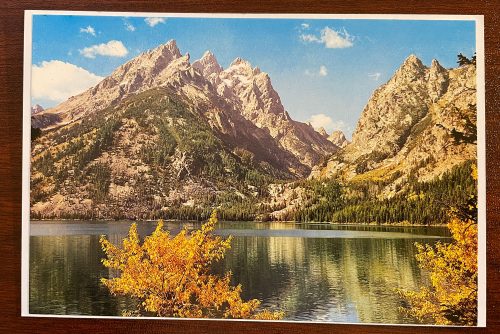 She was a safety-oriented penguin who did not want to be responsible for a forest fire, especially not after that time a few years ago when she accidentally pushed over a piece of Stonehenge.

Link Pengin took one look at her nervous friend and waddled off in search of a martini.

Pengins don’t drink, but a little-known secret is that olives are like catnip to them!

Link Pengin proudly presented Pink with the olive and got a big hug in return.

She didn’t know what to do with the “olive juice part,” so she handed it to a passing toddler. 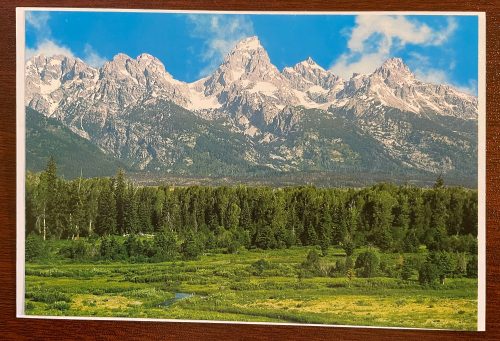 With all five penguin hikers now fairly calm, and no looming danger from any Yetis, earrings or angry parents of intoxicated toddlers, it seemed as though the next leg of the trip would be smooth sailing.

But there was so far to go, and waddling is not a fast means of travel.

Luckily, there was a strong breeze, and Plaid Pengin had an idea.

He undid his lovely neckerchief and held it in both flippers, making a sail of sorts.

Pink, Link, Punk and Noel all held on tight, and their group floated across the big field with ease.

The five penguins could see a small campfire burning beside the lake in front of them. 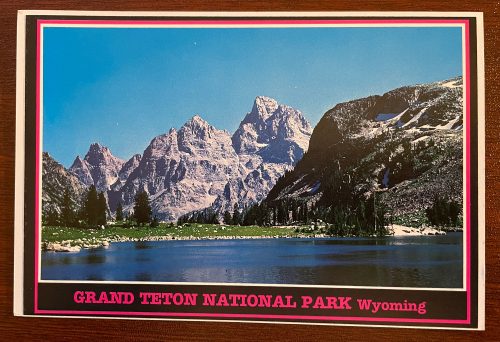 They still had a couple-mile hike back to their car, and Pink Pengin said, “OK, executive decision – something smells good, and I can’t waddle another step. Let’s go check it out!”

As they approached, a huge shadow loomed over them, and a deep voice growled “I’ll roast you like a walnut!”

The 5 friends shook in terror.

Then, a large Yeti carrying an hors d’ouevres tray stepped out of the shadows and repeated, “I roast! You like a walnut?”

The relieved friends snacked with Goggles the Yeti for an hour. 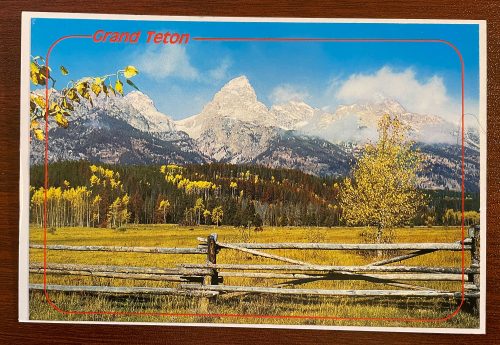 At the end of their long hike, the five intrepid penguins were tiredly loading their gear back into the car when the smallest, wearing a fine plaid hat and, rather coincidentally, named Plaid, exclaimed, “Oh, no! I forgot to get my yo-yo back from that Yeti!”

He looked dejected, but then Noel Pengin, always the voice of reason, said “You can get it back when he spends the night at our house next weekend!”

She had invited both this nice Googles and their other Yeti friend, Button, to dinner.